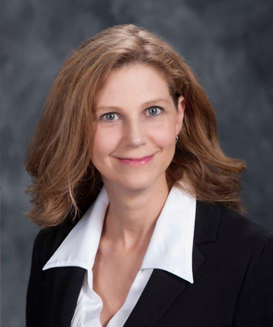 Jill Jackson grew up on a small farm in Centralia, Missouri. She attended Columbia College, then the University of Missouri-Columbia law school. Ms. Jackson had the pleasure of being able to try cases and work on appeals soon after graduating law school. She quickly gained recognition around the state capitol which led her to general counsel positions with the Missouri Secretary of State and the Missouri State Treasurer. In addition to litigation, she oversaw contract development, worked on state budget issues, worked closely with the state legislature and managed various personnel matters.  She was also a registered lobbyist and provided legal counsel for several statutorily created state boards and committees.

Ms. Jackson handles matters filed in circuit courts across mid-Missouri and argues cases in front of the Missouri Court of Appeals. The appellate courts have special rules exclusive to those higher courts.   Ms. Jackson has been writing appellate briefs for almost twenty years and has a thorough understanding of the appellate process.  She practices in all three state appellate districts as well as the Missouri Supreme Court.

Ms. Jackson also has a comprehensive knowledge of real estate sales transactions and related tort claims. A large part of her practice is focused on defending real estate professionals, such as real estate brokers and agents, builders, developers, architects, engineers, and home inspectors. As a member of the national, state and local boards of Realtors, she understands claims involving real estate in a way few other attorneys do.

Many professionals such as doctors, chiropractors, veterinarians, engineers, surveyors, appraisers, and designers are required to be licensed by the State of Missouri. Ms. Jackson defends these licensed professionals in front of their licensing board or the state Administrative Hearing Commission. She has successfully defended claims made against the licenses of nurses, real estate agents, and other licensed professionals.

Jill is also licensed to practice in the United States District Court, Western District of Missouri. Outside of the office, she is a proud member of the local Salvation Army advisory board.